Typically wired to tank monitor systems ,these alarms are used to indicate a tank is reaching maximum capacity when being filled.The beacon and buzzer (103 db) turn on alerting the operator to stop filling the tank.The silence button will stop the audible alarm but leave on an indication there is a tank at maximum capacity. These can be ordered as a single unit or a multiple tank indicating unit (for the amount of tanks in the system).They can also be ordered with an optional  test button to show that the beacon and buzzer are in good working condition. 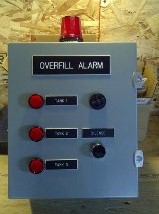 Usually installed at the operator counter of fueling stations ,it has indicating lights letting the operator know when submersible pumps are running as well as when a tank monitor system is in alarm.Also for emergency control it has an emergency stop button with both normally open and closed contacts for multiple uses! 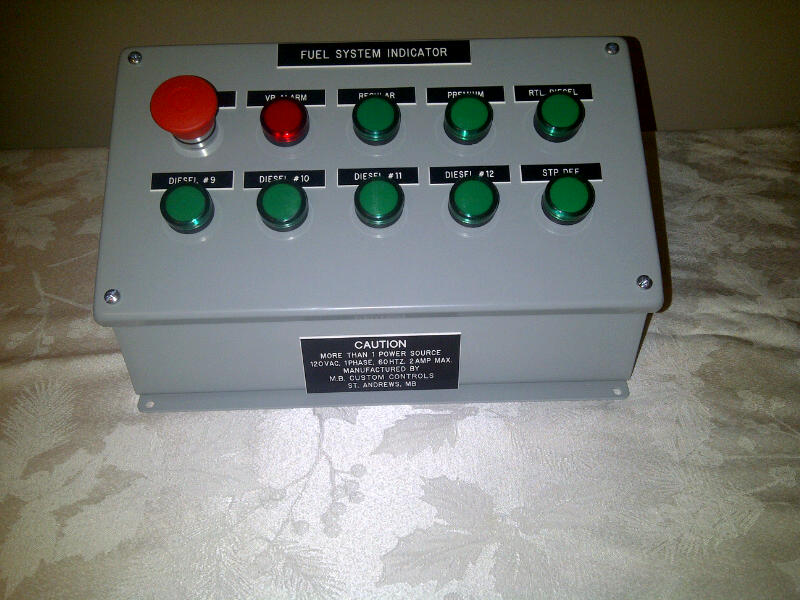 These units are all the controls you need to run the entire fueling system when integrated with a tank monitor system .It includes all dispenser e-stop relays ,dispenser isolation relays , S.T.P relays ,optional lockable disconnect switches for the submersible pumps (required by electrical code) and indicating lights letting you know when pumps are running.These units make installation,wiring,and troubleshooting very easy and takes up 50% less space! 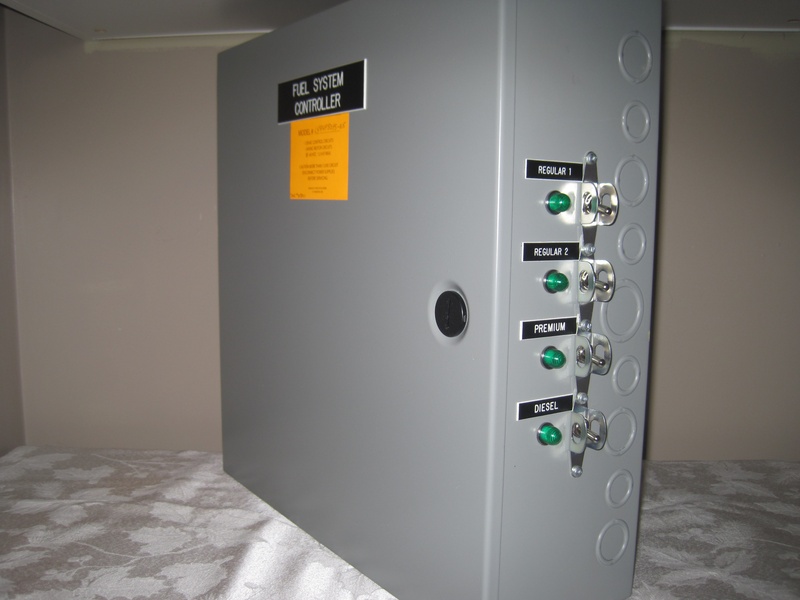 This alarm is intended to give as much notice as possible that the heating components within the DEF system are malfunctioning and a freeze up in the system is very probable.They can be interfaced with any tank monitor system to give immediate response and indication via e-mail,fax,or audible alarm!This devise can save thousands in repair bills ,when time is of the essence you want as much notice as possible!